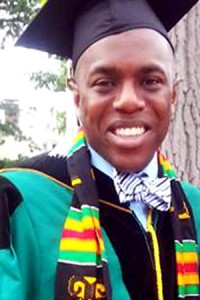 “I had an average GPA from a good school, and my dream was to go to Columbia or MIT. Evangelos helped me build an excellent portfolio and application. He really cares, knows everything about Architecture Schools, and he is a very good designer himself.”

EmlynÂ was a senior civil engineering major at one of the top engineering schools in the United States, when he decided that he wanted to be an architect. Initially he wanted to have a chat with us and hear our opinion on whether his decision was correct. During our conversation we also discussed several options of how to pursue his dream more successfully. Given that most of us were graduates of some of the world’s most prestigious architectural institutions, we were able to share withÂ Emlyn both the negatives and the positives and help him reach a more concrete decision.

In the end,Â Emlyn decided to go to architecture school right after the end of his civil engineering studies. The only problem was that he did not feel confident that he could do it, given his limited experience on design and drawing. He then approached us once again, this time to guide him through the development of his whole application, and especially his portfolio.

Given Emlyn’s well established scientific / engineering background, we decided to focus on anthropocentric designs that would balance the admissions committees’ perception of him. We began looking at Emlyn’s strong amateur interest in psychology and anthropology, and particularly mythology. We developed several themes that were based on well known mythologies and also some of his own personal stories, developing a theme that was centered around the idea of architecture manifesting the irrational tendencies of social groups.

By the end of the process,Â Emlyn not only had an amazing portfolio that got him into all but one of the schools that he applied to, but he alsoÂ knew how to draw, build models, use design software and develop complex concepts, which have been useful skills now that he is an architecture school student. Most importantly,Â Emlyn was able to understand what it was that he loved about architecture, and how to express it, which is one of the most important things in getting the most out of both one’s architectural education and career.

EmlynÂ got into Columbia GSAPP, MIT,Â UC Berkeley (on a strong fellowship), University of Virginia, UCLA and UPenn.